Do you Periscope?  Today we’re sharing 5 tips for using Periscope.   Periscope app lets you share the things you love and stream video to the world LIVE via mobile phone.  In a world where there is a new app launching almost every day it can sometimes be hard to determine whether you should install the app or not.  However, we definitely recommend it.

The coolest feature about the LIVE streaming with Periscope is that it lets you broadcast the content via YOUR eyes, share it immediately and replay it immediately.  You can also use it share exclusive events with your friends, readers and new followers.  You can also use it to connect globally.   It is a great tool for influencers, PR professionals and entrepreneurs.

When the app initially launched you could share the exact location from the global map and pinpoint where live video was being streamed.  For security reasons, Periscope disabled the feature recently and doesn’t allow users to zero in on the exact location.

According to Periscope it is the closest thing since teleportation.  Why not launch YOUR blogs Live TV channel with Periscope?  We just did!

Here are 5 Tips For Using Periscope:

2. How Do I Stream Live Broadcasts?  Can I Make It Private? 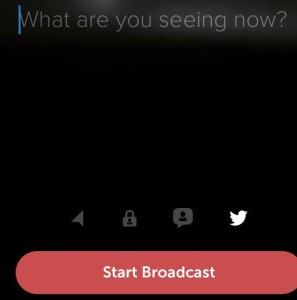 At the bottom of your screen you have several icons.  The Live broadcast icon looks like a small square and lets you broadcast stream live.  If you want to broadcast privately to specific people, press the lock icon before going live and choose who you want to invite to your broadcast.

3. How Do I Notify My Followers and Get New Followers? 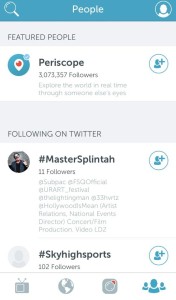 4. How Do I Connect To Other Live Events?

When you tap on the “Global” section you can view the broadcasts that are currently running.  The Global section is a little globe at the bottom of the screen.  You can also list the broadcasts as a map or a list for a description of the event and host.

5. Can I Save My Video To Make It Available To Other Viewers?

After the broadcast is over you can make your video available to viewers for up to 24 hours using the REPLAY feature or delete it any time you want.  Replays are instantly available.  Don’t forget to let your friends and family know so they can spread the word.

Question:  Are you on Periscope?  Let us know and we’ll follow you!

The two winning members will receive an All Access VIP Pass and $150 to use towards travel expenses.  The 2 1/2 day conference focuses on providing training and tools to help Lifestyle bloggers elevate their vision.

Belinda Espinoza – A Cup of Bely

Monica Young – My Life is  Journey

The next time you are trying to decide what to write about consider an evergreen topic.  Evergreen content can drive traffic to your website and build loyal readership.  The posts last forever because they are geared toward specific niches, lists, how to guides , resources and information that is always being searched by readers. 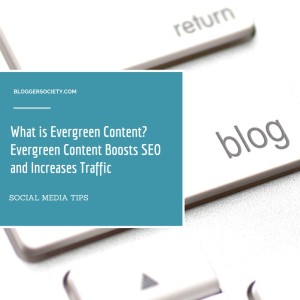 Do you know what evergreen content is?    The name “evergreen” is derived because the content is always fresh and forever green.  When you write evergreen content you will find that you are still getting lots of web traffic regardless of whether you are keeping your website up to date with new articles.  There use to be a philosophy among bloggers to write daily or at least 3-5 blogs a week.  As the industry has progressed, the need to have quality content over quantity is vital to have longevity in content development.  If you write evergreen content correctly you can write less content, schedule it in a timely fashion and focus on pitching, writing sponsored posts and growing your business.

A good posts lasts a couple hours or a couple days, but evergreen posts last forever.

How To Write Evergreen Posts

To become a successful evergreen content developer you need to be the source of content that is interesting to the reader. Focus your niche on quality How To Guides, Resources, Travel Tips, To Do Lists.  Your content must also be up-to-date, detailed and include all the information your reader will need about a particular topic. Long articles also make excellent in-depth articles. As your readers continue to read your content you will become a trusted loyal voice in their sphere of influence and they will continue to come to your site for similar resources.  The majority of your evergreen posts will require no updates.  However, make sure to periodically review and update your posts as needed to ensure you have fresh content.

Here are over 100 Blog Topic ideas for you to write about. You may want to tailor the topics for your specific niche.  Also, make sure to create an editorial calendar to plan writing and publishing of the blog posts  on the home page and use social media channels to schedule and promote them in a timely manner. You may also want a list on the side column of your blog to feature your posts or a separate tab to make your viral content easy to find.

“How To Guides”and Tutorials for Beginners

Question: What other Evergreen Topic Ideas would you include in the list?